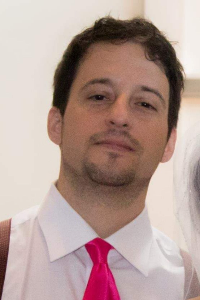 Enrico A. Colangeli, Jr., was the third of four children, the oldest son of his recently departed parents, Enrico Colangeli Sr. and Lynda (Repucci) Colangeli. Enrico was known to most as Rico, or Rico Jr. Rico attended Medford public schools and graduated from Medford High School, class of 1991. Upon graduation, he attended Northeast Regional Technical School at night in order to further his training in carpentry, while working days on construction jobs as an apprentice carpenter for his family's business, E. A. Colangeli Construction Co., Inc.

A few years later, Rico decided to attend college full time. Four years later, he graduated Fitchburg State College with a bachelor's degree in Construction Management. Rico returned to E.A. Colangeli Construction as a licensed construction supervisor, working as an onsite project supervisor, and later as a project manager, well into his forties. Rico also pursed a career in comedy. Throughout his life, he taught himself to play many different instruments, wrote and recorded many songs, and loved to write and film skits and short films.

As a young boy, Rico was a very talented, natural athlete who excelled at any sport he played, especially football. He was never the biggest kid on the team, but he was most definitely the fastest, the craftiest, and the most aggressive kid on the team. As a boy, he was the youngest person to earn a black belt in Kenpo Karate in Massachusetts. He earned many trophies, not only in sports, but also during his childhood years of participating in karate tournaments.

Rico leaves behind a brother, Lieutenant Colonel Michael Colangeli, and two sisters; Gina and Michael Donnelly and Deanna and Stephen Capone. He also leaves behind three nieces; Giavanna Capone, Amelia Donnelly, and Catarina Capone, and three nephews; Stephen Capone, Mikey Donnelly and Patrick Donnelly, all of whom he never failed to make laugh. Rico also leaves behind many beloved aunts, uncles and cousins in addition to many, many friends, spanning from the east coast to the west coast, all of whom will miss him dearly.

A funeral service will be held in the Dello Russo Funeral Home, 306 Main St., Medford, on Saturday, September 18th at 1:30 PM. Relatives and friends are respectfully invited to attend and may visit with family from 11 AM through 1:30 PM. Services will conclude with burial at Oak Grove Cemetery, Medford.