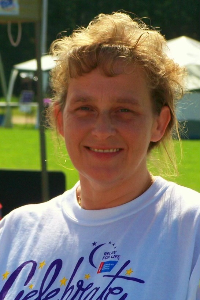 
CHARLTON; Donna M. (Hearnlaye) Parent, 54 of Cranberry Meadow Road passed away Wednesday, September 1 in Harrington Memorial Hospital after a long battle with cancer that she fought hard to the very end.
She leaves her beloved husband of 36 years, David T. Parent, two sons; William C. Parent and his wife Lisa Furmanick of Southbridge, Brandon R. Parent of Charlton, a daughter, Amanda L. Parent and her fiance Matthew Johndrow of Charlton, four grandchildren; Jacob, Jeremy, Connor & Lucy-Rose, four brothers; Robert Hearnlaye of Charlton, Walter Walker and his wife Chelsea of Southbridge, Dean St. Laurent and his wife Sarah of East Brookfield and Nathan Hearnlaye of Spencer, a sister, Brenda Chaffee of Spencer, several nieces and nephews including Chelsey Hearnlaye, Alyssa Chouinard, Crystal Chaffee and Ronald Rooney. She was pre-deceased by a sister Linda Chouinard and a brother-in-law Ellis Chaffee.
Donna was born in Worcester, daughter of Robert P. and Nancy L. (Lefever) Hearnlaye. She received her G.E.D. from the Worcester Public School system and attended Bay Path Evening School where she earned a certificate for accounting and also went on to gain her Notary Public Certificate. She was an avid member of her church St. Joseph's in Charlton where she participated in the Martha Mary Guild, she taught Children’s Liturgy and faithfully attended Masses even from home when she became very ill. Donna was considered by anyone who met her to be a selfless and loving person, that did not end at her family, she would do anything for anyone and was also incredibly dedicated to her employment as an Office Manager at K&K Thermoforming in Southbridge, MA where she worked for the last 6 years. Some of her favorite things to do were to spend time with all of her family together, watch her grandchildren play, drink coffee and chat with her siblings and friends, she also loved to collect angels and cherubs and watch the birds at the feeders in the morning. Donna also spent 5 years of her life participating with her families Relay For Life team the HMCC Knights raising money for the American Cancer Society.
A Memorial Mass will be held in her Honor on September 11 at 11 AM in Saint Joseph’s Church, 10 H Putnam Rd., Extension, Charlton. A Calling Hour will precede the Mass at 10 AM. Immediately following the Mass there will be a reception downstairs in the Church from 12 to 2:30 P.M. A private Burial will be held at Worcester County Memorial Park in Paxton. The J. HENRI MORIN & SON FUNERAL HOME, 23 Maple Terr., Spencer is assisting the family with arrangements. In lieu of flowers memorial donations may be made to Harrington Hospital Cancer Center, 55 Sayles Street, Southbridge, MA 01550.