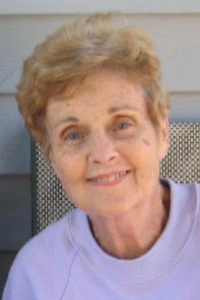 Joanne Dalton (Frizzell) of Winthrop passed away on August 29, 2021. She was 81 years old. Joanne was the beloved wife of the late Richard J. Dalton Sr. Born in Winthrop, she was the cherished daughter of the late James “Sonny” and Helen (Trainor) Frizzell.

Joanne was the devoted mother of Richard J. Dalton Jr. and his wife Laurie of Saugus and Robert J. Dalton and his wife Bettie of Winthrop. She was the adored grandmother of R.J. Dalton, Kirby and Kyleigh Dalton. Joanne is survived by her sister Cynthia Sullivan and her husband Joseph of Winthrop and by many nieces and nephews.

Funeral from the Maurice W. Kirby Funeral Home 210 Winthrop St. Winthrop, Friday, September 3, at 9AM, followed by a Funeral Mass to be held in St. John the Evangelist Church-Winthrop, at 10AM. Relatives and friends are invited. Interment will be in Winthrop Cemetery. Visiting hours will be held in the funeral home on Thurs, from 4-8PM.