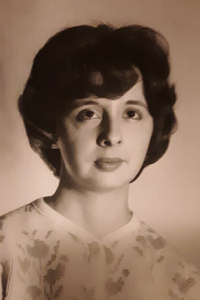 Miller, Carol A. (Mola) of Canton, passed away peacefully at home on August 23, surrounded by her loving family at the age of 81. Beloved wife and best friend of Fredrick L. Miller for 59 years. Devoted and loving mother to numerous children, including biological, adopted, foster and her children’s friends. Born and raised in Hyde Park to the late Primo and Anna Mola. She is survived by her sister Judith Devens of VA, brothers Robert Mola of AZ and Ronald Mola of VA. Also survived by many grandchildren and great grandchildren.

Carol opened her home and heart to numerous children over the course of her life. After having biological children of her own, she and her husband became involved with the New England Home for Little Wanders. Her most passionate vocation came later in life when she became a Para Professional Aide at the Early Beginning Center located at the Mass. Hospital School in Canton. Carol’s faith and commitment to others was her stand-out gift.

Relatives and friends are invited to attend a memorial Mass at St. Gerard Majella Church, Canton on Thursday, September 16th, at 10:00 a.m. In lieu of flowers, donations may be made in her memory to St. Jude. Children’s Research Hospital. http://www.stjude.org