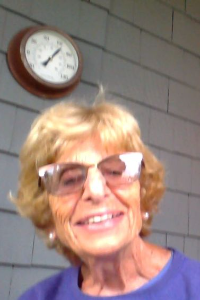 Mary M. Merlino (Blundo) of Winthrop passed away on August 24, 2021. She was 90 years old. Mary was the beloved wife of the late James G. Merlino. Born in Boston, Mary was the cherished daughter of the late Giuseppe and Carmella (Verzaro) Blundo.

Mary’s family was everything to her. Raising her children and providing motherly advice gave her all the happiness in the world. As she got older, she passed that love on to her grandchildren and great-grandchildren. Mary enjoyed tennis, gardening and playing scrabble with her dear friend John Sheehy.

Mary was the devoted mother of Jo Ann Rogers and her husband John, Jeanne Dello Russo and her husband Brian, James G. Merlino Jr. and his wife Christina and John J. Merlino all of Winthrop and Jennifer Brain and her companion Richard Michaud of Hanson. She was the adored grandmother of Andrea and her husband Adam H., Nicholas, Stefanie, Maria, Anna and her fiance Adam P., Emily and her husband Steve, James, Rebecca, Benjamin, Joshua, Jason, great grandmother of Olivia, Rachael, Samantha, Addison, Nick Jr. and Liliana and great-great grandmother of Lucas. Mary was the dear sister of Antoinette “Babe” Bergman of Winthrop and the late Theresa Bossi, Nicholas, Lorenzo and Michael Blundo. She was the sister-in-law of Fran and Rick Russo of Belmont, the dear friend of John Sheehy of Dorchester and survived by many nieces and nephews.

Mary’s funeral will be from the Maurice W. Kirby Funeral Home 210 Winthrop St., Winthrop, Saturday, August 28 at 10:30AM followed by a funeral Mass in St. Michael the Archangel Parish (St. John the Evangelist Church) 320 Winthrop St. Winthrop, at 11:30AM. Relatives and friends are invited. Interment will be in Winthrop Cemetery (Belle Isle Section). Visiting hours Friday from 4-8PM. Donations in her memory can be made to St. Michael the Archangel Parish or to a charity of your choice.