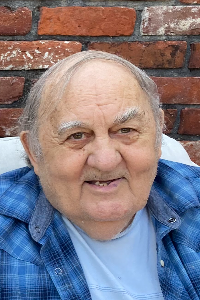 William A. "Billy" Pizzurro, a longtime resident of Charlestown and formerly of the North End of Boston, entered into eternal life on Monday, August 23, 2021 at his home in Charlestown. He was 82 years of age.

Billy was born at home in the North End on January 10, 1939, a son of the late Salvatore Pizzurro and Ida (Zito) Pizzurro. He grew up in the North End where he was educated throughout the Boston Public School system. He was very proud of his Italian heritage and that he was born at home in the North End. He was a member of The Friends of The North End and the Italian-American Club in Winchester. Billy's motto was to work hard your whole life for your family and he proved that while working in Charlestown and throughout the City of Boston. He was a man of many trades in his life and during his spare time he enjoyed playing cards with his friends from the North End and also enjoyed riding his Harley Davidson motorcycle. Family was paramount in Billy's life and he cherished all the love and support that he shared with his wife, 2 daughters and his grandchildren.

Relatives and friends are invited to attend Billy's visiting hours on Friday morning, August 27, 2021 from 9 A.M. to 10:30 A.M. in The Carr Funeral Home, 220 Bunker Hill St. Charlestown followed by his Funeral Mass in St. Mary's Church, 55 Warren St. Charlestown at 11 A.M. His burial is private.