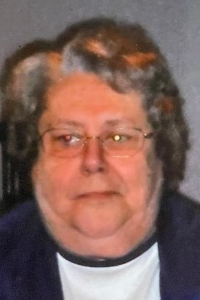 Marian M. Nay (Lukaszewicz) of Canton passed away suddenly August 21st from injuries sustained in a car accident. Born in Norwood, she was a lifelong resident of Canton and graduated from Canton High School. She worked in the Maintenance Department at the Hellenic Nursing Home in Canton. She also worked at the Dedham Community Theatre and the Canton Oriental Theatre as an Usher and in Maintenance and in the Dietary Department at Norwood Hospital. Marian loved all animals and always took in and cared for strays.
Beloved wife and caretaker of the late Peter F. Mother of Peter E. Nay and his fiancé Bonnie of Whitinsville, James D. Nay of Fall River, and Carl W. Nay and his wife Lisa of Easton. Sister of Edward Lukaszewicz of Canton and the late Helen Shellmar. Grandmother of Andrea, Greg, and Sarah Forsyth all of Braintree and Kyle Nay of Rehobeth. Relatives and friends invited to attend a graveside service at Knollwood Memorial Park, Canton Friday afternoon at 2 pm.