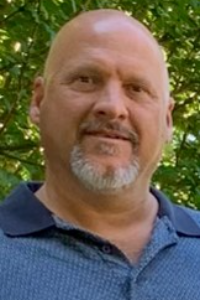 He leaves 2 daughters that he adored, Rachel R. Connor and Kelsey J. Connor of Webster; his former wife and caregiver, Jennifer M. (Jonis) Connor; a brother, James Connor and his wife Carol of Houston, TX; a sister, Maria Gadoury and her husband James of Woodstock, CT.

He was born in Webster on February 17. 1964 and raised there, a son of Walter J. and Josephine J. (Chmielewicz) Connor. He graduated from Bartlett High School in 1982.

Mr. Connor worked as a foreman in the Cumberland Farms Distribution Center in Westborough for 23 years, retiring due to illness.

John was a fan of all styles of music including Rock and Indie. He was an avid outdoorsman.

There are no services planned. Donations in his memory may be made to the American Foundation for Suicide Prevention, 199 Water Street, 11th Floor, New York, NY 10038. Arrangements are under the direction of Scanlon Funeral Service, 38 East Main St., Webster.