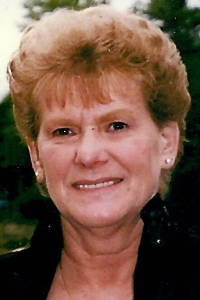 LEICESTER; Beverly A. (Whittaker) Griffin, 85, of 536 Pleasant St., died, Saturday, August 14 at Tufts Medical Center in Boston after an illness.
She leaves her husband of 67 years, William T. Griffin, Sr., three sons; William T. Griffin, Jr. and his wife Diane of New Braintree, Michael C. Griffin and his wife Pamela of Spencer, Dennis P. Griffin and his fiance Esther Tziachris of Leicester, a sister, Susan Gilchrist of Uxbridge, 7 grandchildren and 5 great-grandchildren.
She was pre-deceased by a daughter, Pamela J. Griffin in 1974 a son, Stephen L. Griffin in 1978, and a brother Lee Whittaker, three sisters Elizabeth McGovern, Barbara Chase, and Judith Clay.
Born in Worcester, she was the daughter of Leaver & Emma (Freeman) Whittaker.
Mrs. Griffin worked as a waitress for 32 years at the White House Restaurant in Worcester, retiring in 1985.
She was a graduate of South High School in Worcester. She was a member of St. Jude's Church in Leicester, the Past President and member of the Leicester Women's Club, Leicester Garden Club and played golf in the women's league at Hillcrest Country Club, Leicester. She enjoyed bowling at Colonial in Worcester, and the Leicester Senior bowling League at Bayberry Bowling in Spencer.
The Funeral will be held Thursday, August 19 from the MORIN FUNERAL HOME, 1131 Main St., Leicester, with a Mass at 10 A.M. in St. Aloysius-St. Jude Church, 491 Pleasant St., Leicester. Burial will follow in St. Joseph's Cemetery, Leicester. Calling hours are Wednesday from 4-7 P.M. in the Funeral Home.
Donations may be made in Beverly's memory to Deja New, 100 South Main St., Leicester, MA 01524.