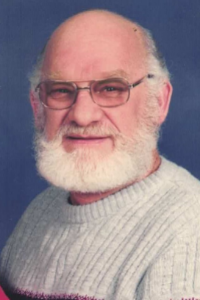 Fred served in the U.S. Navy following the end of the Korean War having done three tours in the Pacific Theater and earning the rank of Airman 1st Class.

Most recently Fred had preached and been a member of the Big Run Presbyterian Church. He also was a part-time minister all of his life.

Fred’s career included working as a coal miner at the Trojan mines; carpentry jobs; doing concrete work for Marion Center Supply; working as a plant superintendent for Johnstown Coal & Coke; working at Warren Dry Cleaning in Warren, PA; working as a welder/operator for TW Phillips subsidiary and as owner/operator of Williams Personal Care Home near Gipsy for eleven years until 1997.

Fred loved the outdoors and especially enjoyed hunting, fishing and spending time with his family. His musical talents included playing the guitar; the harmonica and the piano, as well as singing.

He was preceded in death by his parents; his wife of forty-four years, Sharon on September 8, 2003; his daughter: Denise C. Mingle in 1998; his two sons-in-law: Clarence “Butch” Mingle and Robert E. Gromley; his brother, Richard H. Williams and his grandson, Jesse Gromley.

Family and friends will be received on Friday, August 6, 2021 from 4-8:00 p.m. at the Rairigh Funeral Home, Ltd. in Hillsdale, PA. A 10:00 a.m. funeral service will be held at the funeral home on Saturday, August 7, 2021 with Pastor Jack Lucas and Fred’s nephew Rick Williams officiating. Interment will be at Burnside Cemetery