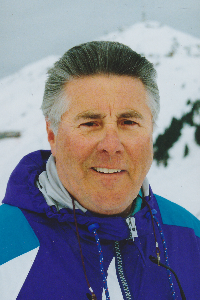 Eugene E. Keenan of Byfield formerly Winthrop passed away on July 30. 2021. He was 88 years old. Eugene was the beloved husband of Margery A. (Driver) Keenan. Born in East Boston, he was the cherished son of the late Edward A. and Mary J. (Vargus) Keenan Sr.

Eugene was a U.S. Army veteran, serving during the Korean War from 1954-1956. He was a member of the 101st Airborne Division known as the “Screaming Eagles.” Prior to his retirement, Eugene was employed as a MDC Police Officer and after the merger with the Massachusetts State Police in 1996, retired as Massachusetts State Trooper. He was a life member of the Woburn Sportsman’s Association and also served as a Eucharistic Minister in Immaculate Conception Church in Newburyport.

Eugene was the devoted father of Lauren Eremian of FL, Linda Nowlan and her husband Gerard of Boxford, Kathleen Guckert and her husband Bruce of Billerica, Margery Beckwith of Winthrop, Eugene Keenan Jr. and his wife Elaine of Winthrop and Patrick Keenan and his wife Kathleen of Winthrop. He was the adored grandfather of 13 grandchildren and the great-grandfather of 7 great-grandchildren. Eugene was the dear brother of the late Edward A. Keenan Jr. and his late wife Louise.

His funeral will be from the Maurice W. Kirby Funeral Home 210 Winthrop St. Winthrop on Thursday, August 5, at 10:30AM followed by a funeral Mass in St. John the Evangelist Church-Winthrop at 11:30AM. Relatives and friends are invited. Interment will follow in Winthrop Cemetery (Belle Isle Section). Visiting hours will be held in the funeral home on Wednesday, August 4, from 4-7PM. In lieu of flowers, donations can be made to the American Heart Assn. 300 5th Ave. Ste. 6 Waltham, MA 02451.