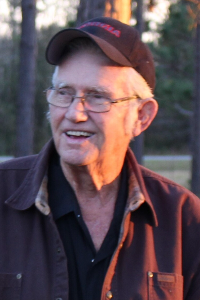 Born November 27, 1935, in Thomaston, Mr. Gray was the son of the late J. D. Gray, Sr. and Lillian Strickland Gray. He was also preceded in death by his wife of 51 years, Louise “Marie” Willis Gray; two sisters, Connie Hopkins and Susan Barnes; and two brothers, Herbert Gray and Woodrow Gray. He was a lifelong truck driver and retired from Big G Trucking. He was a veteran of the United States Air Force and served during the Korean War. He enjoyed spending time with his children and grandchildren. He also enjoyed fishing and spending time with his friends at General Earl’s.

Mr. Gray is survived by his children and their spouses, Donna Young Fowler and husband, Roger of Tifton, Robert Charles and Mary Young of Farmington, Michael Todd Gray of Tifton and Brian Eugene and Kelly Gray of Tifton; 16 grandchildren; 19 great-grandchildren; four sisters and three brothers-in-law, Frances and Cecil Giddens, Brenda and Henry Parkerson, Pat and Charles Wirebough and Loretta Burkett; a brother-in-law, Ronald Barnes; a sister-in-law, Birdie Gray; a nephew who he spent a lot of time with, Terry Willis; and numerous other nephews and nieces.