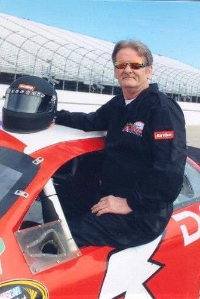 WATERBORO- Daniel “Danny” Leif Erickson, age 70, died peacefully in the presence of his family at the Gosnell Memorial Hospice House on July 25th, 2021. Danny was born in Staten Island NYC on March 25, 1951, a son of the late Dorothy Donovan Erickson and Leif Hall Erickson. As a child he enjoyed singing in the Lutheran Church choir. After his parents passed away when he was a young child, his beloved aunt Charlotte and Uncle Buddy raised him. He has fond memories of the love they had for him. He was predeceased by his half-brother, Normand Andriessen who passed away in 2007. Danny was known as a jack of all trades, but his specialty was auto mechanics. He has, undoubtedly worked on almost all of his family members cars over the years.
Anyone who knew Danny knows that his greatest accomplishment was his family. He was a loving husband, father and grandfather, a.k.a. Grampy. He loved nothing more than to spend time with his children and grandchildren. He prepared pancake and waffle breakfasts on Sundays for his children when they were young and continued the tradition for his grandchildren. Danny is survived by his loving wife Cynthia Fernald Erickson; his children Athena Davis and her husband Rhad of Portland, Douglas Leif Erickson of Portland, James Estabrooks and his wife Rania from West Buxton, Matthew Estabrooks and his wife Lisa of East Waterboro; and five grandchildren; Jimmy, Bailey, Olivia, Reilly and Sephy.
A graveside service and burial was attended by his immediate family at Cedarbrook Burial Ground at 175 Boothby Rd., Limington Maine.
Visitation will be held at the Chad E. Poitras Cremation and Funeral Service Chapel, 498 Long Plains Road (Rt. 22) Buxton on Friday, July, 30th from 3 PM to 5 PM
Online condolences messages can be submitted at the funeral home website, www.mainefuneral.com