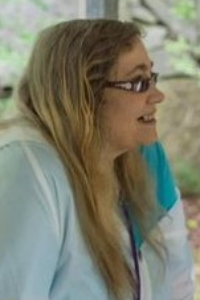 DRACUT Patricia Ann ‘Pattie’ Brick, 56 of Dracut, passed away on Sunday, July 25, 2021 at Lahey Clinic Medical Center in Burlington after a ten year battle with liver disease. She was the wife of Dennis M. Brick with whom she would have celebrated their 15th wedding anniversary on August 26 this year.

She was born in Lowell on July 13, 1965 and was a daughter of the late Robert F. Landry Sr. and Karen (Higson) Landry of Dracut. She was raised in Lowell, where she attended the area schools graduating from Greater Lowell Tech with the class of 1983.

Pattie was employed as a veterinary technician and a substitute teacher for many years. She also enjoyed cooking and volunteering with training at the Lowell Sportsman's Club, where she enjoyed practicing and spending time at the range. She was an ordained minister and loved helping celebrate many weddings and other ceremonies with her family and friends. In her younger days, she also enjoyed singing karaoke.

In addition to her husband, Dennis M. Brick of Dracut, and her mother, Karen Landry of Dracut, she is survived by her step children, Matthew Brick of Tewksbury, and Elizabeth Brick of N. Adams; her brothers, Robert F. Landry Jr. and his wife, Katrin of Nashua, Richard Landry of Lowell, and Jeffrey Landry Sr. and his wife Kimberly of Wilton, NH; and her nieces and nephews, Jeffrey Landry Jr. and Aleah Landry, both of Wilton, NH, and Helleny Landry of Nashua.

AT HER REQUEST, FUNERAL SERVICES WERE HELD PRIVATELY WITH HER IMMEDIATE FAMILY.