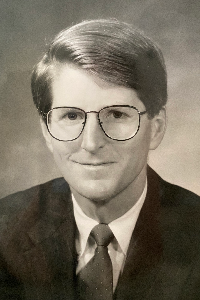 Jay married his beloved wife, Marjorie (Dee), by whom he is survived in June of 1970. They met on Cape Cod in the late 1950s, and the family continues to spend time here every summer. They lived in San Francisco, CA and Baltimore MD, before ultimately settling in Wellesley, MA which became their home for over 35 years. Jay joined Coopers & Lybrand (C&L) in 1975, quickly rising to partner in 1981. Jay led C&L’s international tax practice and was elected a member of firm council. After the merger of C&L and Price Waterhouse, Jay was elected to PwC’s U.S and Global Board of Partners. Jay retired from PwC in 2005, and then served as Executive Vice President of Consulting and New Business Development at Fidelity and as President of Fidelity Investors Management Corp. He ultimately retired in 2008. Jay was a respected leader and colleague to many, and known as a man of honor and friendship to all.

Jay was a loving father, and is survived by two children, Quinby Y. Squire and her husband Roger of Needham and Jacob W. Yost and his wife Megan of Lexington. He was an incredibly devoted grandfather, and is survived by Drew and Alexandra Squire and Patrick and Abigail Yost. Jay is also survived by four siblings including his three brothers: Richard and wife Judith Yost of Ft. Myers, FL, John (Kelley) and wife Linda Yost of Rochester, NY, and James and wife Linda Yost of Danvers, MA; and by his sister Maureen Sullivan and husband John of Paxton, MA. He had 12 nieces and nephews.

Jay was devoted to his support of Boston College, and to his role as a member of the Board of Trustees at Dana Farber Cancer Institute from 1992 – 2017. He loved attending Boston College sporting events with his children and grandchildren. Jay was an avid runner, and ran the Boston Marathon three times in support of the Dana Farber Marathon Challenge. Jay loved golf, and was an active member of Brae Burn Country Club, Pocasset Golf Club and Oyster Harbors Club. Ultimately, Jay most loved raising his children with Dee, and his most treasured memories were traveling with his family to Europe. Jay will be missed beyond words, and his support of his most important causes will not be forgotten.

In lieu of flowers, the family requests donations be made in support of Dana-Farber Cancer Institute, 450 Brookline Ave., Boston, MA 02215 or the Alzheimer’s Association, 309 Waverley Oaks Rd., Waltham, MA 02452.