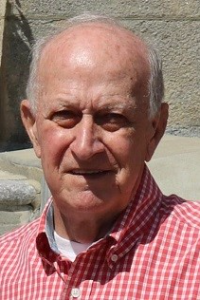 TEWKSBURY: James Alton Quinn, age 86, a resident of Tewksbury for 58 years, formerly of Gloucester, passed away at home on Saturday, July 24, 2021.

He was the beloved husband of retired Tewksbury teacher, Kathryn M. “Kathy” (Sands) Quinn, with whom he would have celebrated their 61st wedding anniversary on August 6, 2021.

Jim was raised in Gloucester and graduated from Gloucester High School.

Following his military service, Jim attended the former Lowell Technological Institute, where he received his B.S. Degree in Electrical Engineering.

Prior to his retirement, he was employed as an Electrical Engineer at the Tewksbury, Lowell, and Bedford facilities of the Raytheon Corporation.

Jim was a communicant and supporter of St. William of York Parish and the Oblate Novitiate both of Tewksbury.

He was a longtime member of the Andover Rod & Gun Club, where he enjoyed participating in target shooting.

Calling hours are Wednesday, July 28, from 4-8 p.m. at the Farmer & Dee Funeral Home, 16 Lee St., Tewksbury. His funeral procession will begin Thursday, July 29, at 9 a.m. at the funeral home, followed by his Funeral Mass at 10 a.m. at St. William’s Church, 1351 Main St. Rte. 38, Tewksbury. Interment at St. Mary Cemetery, Tewksbury. In lieu of flowers, donations honoring his memory may be made to the Oblate Novitiate, 486 Chandler St., Tewksbury, MA 01876.