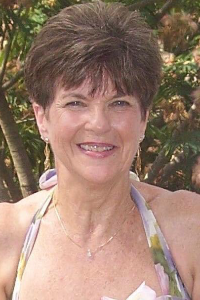 Patricia Ann McNeese Johnson Beckham was born June 11, 1936 to parents Augustus Leoy McNeese and Maggie Florene Davidson McNeese in Alamo, Georgia. She came home to two sisters, Inez and Betty and her brother, Alvin came eleven years later. Through 16 years of moves and school changes, she chose Tifton as her forever home. She began work as a hospital aid, living in the basement of Tift General Hospital. Little more than a year later, she found the love of her life, Marvin Earl Johnson, Sr. They were married the day after her 18th birthday and their union produced four children, Trina, Jan, Earl and Ginger; six grandchildren, Nicole, David, Derek, Daniel, BethAnn and Taylor; and nine great-grandchildren, Justin, Dylan, Jadyn, Evan, Malcolm, Marli, Olivia, and Emma. Raising her children and working full time, she decided to return to school to become a registered nurse. She graduated from Abraham Baldwin Agricultural College with an associate nursing degree in the inaugural class of 1968. Her passion was healthcare and she worked in the field for over 40 years, ending her career as an operating room nurse at Tift Regional Medical Center. Late in life, she found her last love on the dance floor. Ann and Don danced through the last fourteen years of her life.

Patricia to some, Ann to many, she was a daughter, sister, wife, mother, grandmother, great grandmother and friend. She loved unconditionally everyone whose life she touched. She believed in family, kept her friends close and her family closer, and valued those above all else.