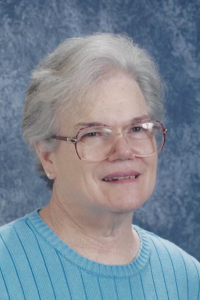 Born May 19, 1944, in Macon, Mrs. Woody later spent most of her childhood in Atlanta. After high school, Mrs. Woody attended Brenau College and graduated from Georgia Southern University. She loved to teach and spent most of her career as an educator in Tift County, teaching at Tifton Christian Development Institute (TCDI) and Omega Elementary School. Later in life, she returned to teaching, serving in schools in Allendale, South Carolina and Greensboro. She was a member of Omega Baptist Church, where she served faithfully as a children’s Sunday School teacher and choir member, among a host of other activities and mission work for the Mell Baptist Association. Mrs. Woody was also a faithful member of First Baptist Church of Barnwell, South Carolina, First Baptist Church of Greensboro, and Musella Baptist Church in Musella. Her service to Jesus was first, and He was the source of her love for family, friends, neighbors and people of all walks of life. Her love for others and her smile and laughter were hallmarks of the loyal, faithful friend she was to many.

As an alternative to flowers, in honor of her, donations may be made to the Children’s Christmas Fund at Omega Baptist Church, P. O. Box 368, Omega, GA, 31775.