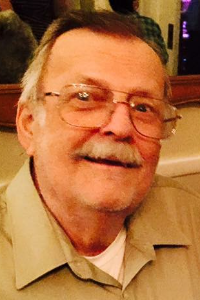 George Richard Baroni, 81, most recently of New Bedford MA, previously of Washingtonville NY, died Wednesday July 21, 2021.
Richard was born February 14, 1940 in Lynbrook NY to the late Matthew and Dorothy (Backert) Baroni. He married Patricia Donohue in 1965 and they were married for a happy 52 years until her death in July 2017.
He was stationed in the Philippines and Germany during his U.S. Air Force service (during which he was a crypto operator) and for his career, he worked as a computer systems analyst for TWA, Star Expansion, ConEdison, and IBM.
He enjoyed traveling, Italian food, watching sports (especially his beloved Mets), fishing, and reading.
Richard is survived by his daughters, Jill (Mary) Beckwith of Massachusetts and Lisa (John) Dutton of Florida; his grandchildren, Amanda (Scott) Cornell, Shannon Baroni, and Isaiah Beckwith; and his great-granddaughter, Ariana.
There will be no services. Memorial contributions may be made to the Wounded Warriors Project at https://www.woundedwarriorproject.org/ Arrangements are with the Saunders-Dwyer Home for Funerals, 495 Park St., New Bedford.