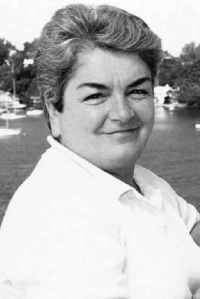 
Joan Kelly Hale, 85, of Springfield, formerly of Wilbraham and Canton, died peacefully on August 1, 2020. The daughter of Joseph and Edna (Hewitt) Kelly, she was raised in N. Easton, MA. After graduating from Oliver Ames H.S. in 1952 she studied at the Boston Dispensary and worked in the Bacteriology Lab at Massachusetts General Hospital.

Joan was preceded in death by her husband, sister Mary (Boyle), and her son, Francis IV. She is survived by her brothers Peter (Chagrin Falls, OH) and Paul (S. Easton). She leaves behind 10 grandchildren who will dearly miss her.

A funeral Mass will be celebrated at St. John the Evangelist Church, Canton on Friday, July 30, 2021 at 10:00. Joan’s family will receive visitors at Dockray and Thomas Funeral Home, Canton, from 8:30-9:30 prior to the service.