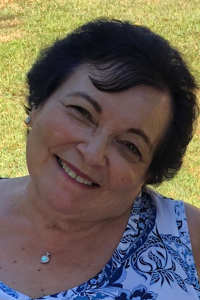 Theresa L. Equatore, age 76, of Woburn passed away Friday, July 9, 2021, at the Lahey Hospital and Medical Center in Burlington.


Born in Woburn, she was the daughter of the late Joseph and Anni (Peluso) Equatore. She is also predeceased by her sister Ann Equatore, son Darren Zwicker, and grandson Logan Foster.

Theresa is survived by her children, Brandon Zwicker and his wife Debbie of Greenville, NH, Chad Equatore and his wife Jennifer of Corvallis, MT, Jerret Zwicker of Canton, Cobey-Ann Foster and her husband Jeremy of Woburn, and Jessica Rivait of Calais, VT. She is also survived by fifteen grandchildren that were her world. Likewise their worlds revolved around their Nonnie.


Theresa was currently working part time as a cafeteria worker at Joyce Middle School, and was affectionately known as the "Pizza Lady."


In keeping with Theresa's wishes the family will be having a private celebration of her life at a later date.