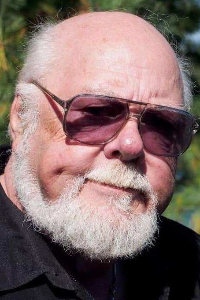 John J. “Jackie” Gigante passed away at home on Thursday evening, July 8th. He was 85. Born and raised in Boston’s West End, he was the son of the late Anthony and Lucille (Salamone) Gigante. Jackie lived in the West End many years before settling in Medford where he and his late wife MaryRose raised their family on King Ave. Jackie operated several restaurants throughout the years. Jackie’s Sandwich Shop, with several locations, was a mainstay in the financial and downtown areas of Boston. A hardworking man, Jackie was a great husband, dad and grandfather. Known as “Papa Jack” to his grandchildren and great-grandchildren, he always made time to be with family and friends. He and his wife enjoyed traveling and taking cruises in their active years. In his retirement Jack lived in Revere and in recent years lived in East Boston.

The beloved husband of the late Mary Rose (Russo) Gigante, who passed away in 2013, he was a devoted father to Anthony Gigante and his wife Debbie of Wilmington, Kim Doyle and her husband Robert of Wilmington, Nikki Celeste and her husband John of Chelsea, Lisa Stavropoulos and her husband Peter of Needham, Christian Gigante and his wife Sandra of North Andover, and John Gigante and Kelly Wise of Arlington. Papa Jack was a proud and loving grandfather to 14 grandchildren and 20 great-grandchildren. Jackie was the dear brother of Anna May Riminiscenza, Loretta Papa, Jeanine Ellis and Dotty Alonardo, the late James Gigante, Marie Giuffre, Angela Toscano, and Arlene Settapane. He also leaves many nieces and nephews.

Relatives and friends are respectfully invited to visit at the Dello Russo Funeral Home, 306 Main Street, Medford on Tuesday morning, July 13th from 9 -11 concluding with a funeral service at 11 AM. Burial will follow at Oak Grove Cemetery.