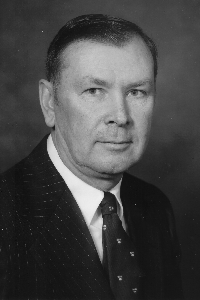 Robert M. Markus of Fox Hill Village, Westwood, and formerly of South Natick, MA, died peacefully on June 20, 2021, with his family by his side. He was 91.

Born in Sheboygan, WI, he graduated from Johns Hopkins University in 1952 with a Bachelor of Arts degree in biological and chemical sciences, and from Harvard Business School in 1957 with a Master in Business Administration. In college, Mr. Markus was a varsity athlete and president of various student organizations. A specialist in strategic management, he consulted with chief executives of major corporations domestically and internationally. He taught graduate and undergraduate students at Babson College for eleven years and was honored four times with the Undergraduate Professor of the Year Award in 1999, 2000, 2002, and 2003 for “excellence in teaching and personal standard of quality and caring that extends beyond the classroom.” He was president and CEO of Ballagh & Thrall, Inc., a Philadelphia international trading company, from 1985-1992. He was also Group CEO of several specialty chemical firms of Venesta International, LTD of London, UK. He served in marketing positions, up to Vice President, in pharmaceutical chemicals, graphic arts, and legal publishing industries. During the Korean War, Mr. Markus served as Navy Lieutenant in the submarine warfare program from 1952-1955. In addition to sea duty on a submarine chaser, his responsibilities also included training Chinese (Taiwan) Navy personnel in antisubmarine warfare. He served in underwater sound research with the Office of Naval Research for the detection and identity of submarines.

He was an active golfer, tennis player, and singer with the Newburyport Choral Society, Newburyport, MA, and the Masterwork Choral Society of New York.  Mr. Markus was also a lector, usher, and fundraiser in his church. He was active with young people in Junior Achievement, Chairman of the Kent County (RI) YMCA, and was a planning volunteer for the Elwyn organization in Greater Philadelphia which provided behavioral and mental health services for children and adults.

Visiting hours will be held on Thursday, July 1 from 4-6pm at George F. Doherty & Sons Funeral Home, 1305 Highland Avenue, Needham, MA 02492. A funeral service will be held on Friday, July 2 at 11am at Christ Episcopal Church, 1132 Highland Avenue, Needham Heights, MA 02494 and is open to family and friends. Burial will be private for immediate family members at Woodlawn Cemetery in Wellesley, MA. In lieu of flowers, and if you are so inclined, please make a donation to the charity of your choice in remembrance of Robert M. Markus.