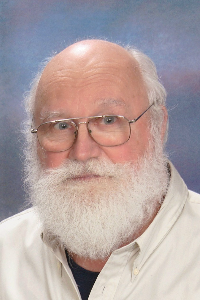 John J Currier Jr., 83, of Ludlow, Massachusetts, died June 21, 2021, at home surrounded by his loving family. He was born July 5, 1937, in Holyoke Massachusetts, the son of the late Sophie and John Currier. John is survived by his wife Bette and his three children: Bryan Currier of Suffield CT and wife Gail (Grincavitch) Currier, Nancy Currier of Springfield, and Gail Daniele of Springfield; five grandchildren Kristen, Sarah, Thomas, Gina, and Giovanni. He was the oldest of six siblings and is survived by two brothers, Walter and Edward Currier, and one sister Barbara Currier. He is predeceased by his sisters Margaret Currier and Mary Hansen.
John grew up in Chicopee Falls where he attended Trade School.
He met his wife Bette while working in a hat shop in 1956 and they were married in 1960. They shared 62 years together and raised three wonderful children.
John was an active member of the Army National Guard and Air Force Reserve where he rose to the rank of Master Sergeant at Westover AFB during his 32 years of Military service. John also held a variety of jobs ranging from dairyman to mechanic and ultimately became the Parts Manager at Harold Kent Ford from 1965 to 1991.
In his later years John worked for the Valley Opportunity Council as a dispatcher assisting the elderly and those in poor health. He retired in 2012 and enjoyed spending his time reading, gardening, playing with his dog Goosey and taking college courses with his best friend Andy Talbot.
A public funeral mass will be held on Tuesday, June 29, at the Christ the King Church, 41 Warsaw Ave., Ludlow at 11 a.m. Private burial with military honors will take place at 1 p.m. at the Veterans’ Cemetery in Agawam MA.
The Grise Funeral Home is entrusted with arrangements.