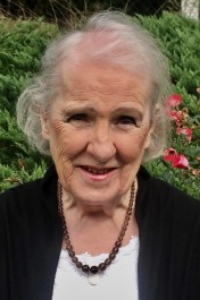 
Anne L. Warner, 77, of Londonderry, NH, died Sunday, June 20, 2021 in the Hackett Hill Nursing Home in Manchester, NH. She was born in Newark, NJ on August 16, 1943, a daughter of the late Joseph and Lois (Myers) Rynkiewicz. She had been a resident of Londonderry for the past 40 years, formerly living in Connecticut and New York. Anne had been self an environmental consultant for many years. She served the State of NH and Londonderry constituents as a NH State Legislator, and served as the Supervisor of the Checklist in the Town of Londonderry for 12 years. Anne enjoyed taking long trips, especially in the Corvette. She enjoyed visiting museums, and making jewelry for friends. Anne was very spiritual, was an avid reader, and had amassed a spiritual library.

She is survived by her husband, Gregory Warner of Londonderry; her brother, Walter Rynkiewicz; and her two sisters, Alexandra Hill and Florence Webb.

Following cremation, she will be buried in the NH State Veterans Cemetery, 110 Daniel Webster Hwy., Boscawen, NH at a later date. Memorial contributions may be made to the local Londonderry Democratic Party. The Peabody Funeral Homes and Crematorium of Derry and Londonderry are assisting the family with arrangements.