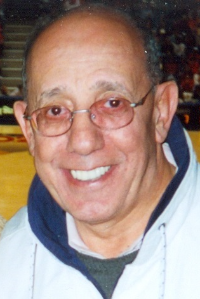 Mr. John Matthew "Bucky" Quinno, age 83, of Woburn passed away Saturday, June 19, 2021 at the Lahey Hospital and Medical Center of Burlington. Born in Stoneham he was the son of the late Frances M. (Petrillo) and John M. Quinno. He was the beloved husband of Lee Brewer Maynard together for thirty years.


John grew up in Woburn and was a 1955 graduate of Woburn High School. He served in the Army Reserves from 1960 to 1966. He owned and operated Bucky’s Barber Shop on Main Street in Woburn for a period time and in 1967 John began working for the United States Postal Service as an Accounting Technician. He retired in 2000. He was a life member of the Sons of Italy where he held various offices over the years, the Woburn Democratic Committee and served on the City of Woburn Cemetery Board.


All his life, John was an avid sports fan, particularly the New York Yankees and Boston College. He held season tickets for Boston College football and Basketball. He was always a wealth of information with statistics and breaking news all related to sports. John also never avoided any political discussion! He also loved supporting local sports, especially Woburn High School football, never missing a Woburn High Thanksgiving Day game with his fellow Woburnites from over the years. He also loved following the Woburn High School basketball and the girl’s softball teams. He was kind, generous, gregarious, honest, and faithful and will be greatly missed.


In addition to his beloved wife Lee, Bucky is survived by his stepson Paul Maynard and his wife Cynthia and grandchildren Emily, Erik, Ashley and Andrew. He was the brother of Richard Quinno and his wife Carol. Uncle of Carrie Pagliccia and her husband Steven, Caitlin Dezak and her husband Peter, great uncle of Ashley and Brittany Pagliccia, Cameron and Colton Dezak. Brother-in-law of Beverly Brewer Macklin and also survived by his cherished aunt Margaret Petrillo.


Funeral services will be held from the McLaughlin - Dello Russo Family Funeral Home, 60 Pleasant St., WOBURN, Friday, June 25th, at 9 a.m. followed by a funeral mass celebrated in St. Margaret Church, 109 Winn St., Burlington, at 10 a.m. Relatives and friends are respectfully invited to attend. Visiting hours will be held on Thursday from 4 to 7 p.m. Services will conclude with burial at Calvary Cemetery, Winchester. It has been requested that in lieu of flowers contributions may be made in Bucky's memory to the Boys & Girls Club of Woburn, 1 Charles Gardner Lane, Woburn, MA 01801, The Woburn Council of Social Concern, 2 Merrimac St., Woburn, MA 01801 or the charity of your choice.