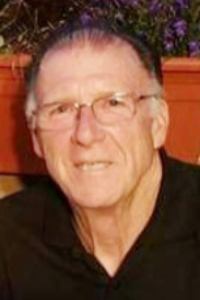 John R. "Jack" LaPierre, 78, passed away on June 14, 2021, in the Hulitar Hospice Intake Center, Providence, surrounded by his loving family, after a courageous battle with Dementia. He was the husband of Sally A. “Sal” (Yattaw) LaPierre. They had been married for 60 years.

Born in Providence, a son of the late Joseph N. and Mary H. (Kerwin) LaPierre. He had lived in Harmony for 53 years previously living in Cranston. Jack was proud to be an US Army Veteran.

He enjoyed living his life to the fullest on Waterman Lake and took pleasure in hunting, fishing, and boating. He worked for BIF Industries in Warwick before starting a career as an Automobile salesman, first with Paul Bailey’s in 1985, then with Flood Ford until his retirement in 2012. He was a member of the Snake Hill Wine Makers Club, which he talked about incessantly in his last few years.

Besides his beloved wife Sally "Sal", who took great care of him, he is survived by his son John "Kevin" LaPierre and his daughter Kim Lovett and son-in-law Douglas Lovett III all of Chepachet. He is the brother of the late Eleanor Sherman and Barbara Forlingieri.

A private burial with Military Honors was held in Acote’s Hill Cemetery, Chepachet. In lieu of flowers, donations in his memory may be made to the Alzheimer’s Assoc., 245 Waterman Street, Suite 306, Providence, RI 02906