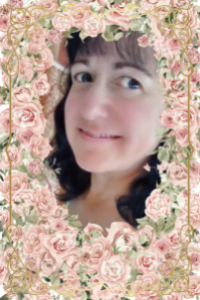 Deborah A. Ross, 57, of Manchester, NH, passed away Monday June 14, 2021, at the Boston Medical Center, Boston, MA. She was born on October 6,1963 in Methuen, MA, a daughter of the late Norman P. and Mary Ann R. (Tomaselli) Landers, and had been a resident of Manchester for the past 34 years, formerly living in Derry, NH. Deborah was raised in Derry and graduated from Pinkerton Academy, Class of 1981. She later graduated from Notre Dame College in Manchester. Deborah worked as a secretary and legal assistant for numerous lawyers and law offices in the Manchester and Merrimack, NH area.

She is survived by her beloved husband of 38 years, Will Ross of Manchester; her daughter, Heather Ross of Manchester, one sister, Sharon Grabowski of Florida, her two nieces and one nephew, Julie McKee, David Grabowski and Amanda Henderson, as well as many extended family.

There are no calling hours. A Mass of Christian burial will be celebrated on Friday, June 25, 2021 at 10:00am in St. Thomas Aquinas Church, 26 Crystal Avenue, Derry. Burial will follow in the Holy Cross Cemetery, Gilcreast Road, Londonderry, NH. At the request of Deborah, please omit flowers and instead make a donation to the Manchester Animal Shelter, Dunbarton Street, Manchester. The Peabody Funeral Homes and Crematorium, 15 Birch Street, Derry are handling the arrangements. To send a condolence or for more information, please visit, www.peabodyfuneralhome.com