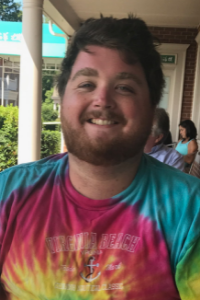 Brian David Garvin, 28, of Derry, NH, passed away unexpectedly Saturday, June 12, 2021, at his home in Derry. He was born on November 15, 1992 in Nashua, NH, a son of Ronald and Debora (Bradner) Garvin, and had been a resident of Derry for the past 3 years, formerly living in Litchfield, NH. Brian was a graduate of Campbell High School in Litchfield. He was an avid sports fan and especially loved the Boston teams. Brian had a love of tie dye and sneakers. He will be remembered as a true original, never afraid to be himself.

He is survived his parents Ron and Debby Garvin, one sister, Kendra Garvin and her boyfriend Jon Sinclair; his girlfriend, Katrina Williams, his longtime best friend Matt Ferdinand, his aunt and uncles, Jeannie and Tim Farrell, Brian and Andrea Sorrells and Andrea Garvin and her partner Al Streck; as well as numerous cousins, extended family and friends.

Following cremation, memorial calling hours will be held on Thursday June 17, 2021 from 4 – 6:30pm in the Peabody Funeral Homes and Crematorium, 15 Birch Street, Derry. Funeral services will begin at 6:30pm in the funeral home. For those in attendance, face mask usage and social distancing are recommended. In lieu of flowers, memorial contributions may be made in Brian’s memory to the American Heart Association/ American Stroke Assoc., PO Box 417005, Boston, MA 02241-7005.