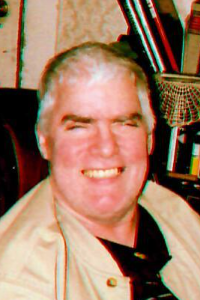 Roy A. "Ronny" Gerstel Jr., a resident of Lynnfield and formerly of East Weymouth and Halifax, entered into eternal life unexpectedly on Sunday, June 13, 2021 at his home in Lynnfield. He was 67 years of age.

Ronny was born in Weymouth on February 26, 1954, a son of the late Roy A. Gerstel and Claire F. (McDonough) Gerstel. He grew up in East Weymouth and later Halifax, attending both the William Seach Elementary School and the Halifax Elementary School, and graduated from Silver Lake Regional High School. Ronny enlisted into the United States Navy on November 11, 1971 and served his country with honor and courage during the Vietnam Conflict. He was discharged on August 31, 1973 with the rank of Signalman 3rd Class Petty Officer. Following his military service, Ronny worked as a Letter Carrier for the United States Postal Service. Ronny enjoyed boxing in his youth, becoming a Fall River Novice Gloves Champion.

Visiting hours will be held at the Gately Funeral Home, 79 W. Foster St., Melrose on Saturday, June 19, 2021 from 1 to 4 PM with a prayer service and military honors at 3:30 PM. Relatives and friends are respectfully invited to attend. His burial will be private.

In lieu of flowers, contributions may be made in Ronny’s memory to the: