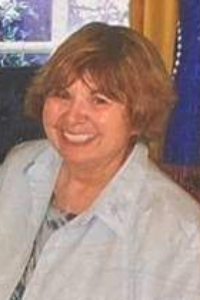 Linda F. (Sousa) Barros, 74 of Manchester passed away after a short illness but lengthy battle with COPD on Tuesday June 8 2021 at Elliot Hospital in Manchester.

She was born in Lowell on May 28, 1947and was the daughter of the late Anthony Sousa and the late Madeline (Peterson) Sousa. She was raised and educated in Lowell before graduating from Lowell High School with the class of 1965. Later on in life she earned a degree from Middlesex Community College.

She was the former owner operator of the Airport Restaurant at the Tew-Mac Airport in Tewksbury with her mother Madeline. Then managed Victoria's Restaurant at the Holiday Inn in Tewksbury. After obtaining a degree in Early Childhood Development and working in the field she became a loan officer at TD Bank in Reading and retired from full time work. During that time she also worked part time at Macy's in the Burlington Mall where she was until the time of her passing.

She is survived by her son, Leonard Barros Jr and his wife, Paula of Manchester, NH; her grandson, Jesse Barros of Manchester; and her siblings, James Sousa of Littleton, and Maureen Kane of Billereica. She is also survived by the family dog, Sully, who brought her much joy.

Memorial donations in her memory may be made to: Lowell Humane Society, 951 Broadway St, Lowell, MA 01854

Her funeral service will take place in the funeral home at 5PM.