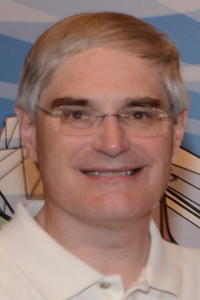 Mark E. Patton, 64, of Londonderry, NH passed away Wednesday June 9, 2021 at his residence after a courageous eighteen-month battle with Pancreatic Cancer. Mark was born January 29, 1957 in Washington, DC and was a son of Josephine Patton, née Urbanic, and her late husband, Charles. He was raised and educated in Harleysville, Pennsylvania, was a graduate of Montgomeryville Community College, received his bachelor’s degree in Electrical Engineering from Drexel University and his Master’s degree in Engineering from Northeastern University. Mark was a resident of Londonderry for the last 36 years.

As a rising electrical engineer, Mark was named the New Hampshire Society of Professional Engineers Young Engineer of the Year in 1986. He worked for BAE Systems as an Electrical Engineer for 29 years, before starting his own internet marketing consulting business with WSI. An avid hiker, he hiked all 48 of the 4,000’+ peaks in New Hampshire, as well as several peaks within the US National Park System alongside his family. Mark shared his love of all things Disney with his wife Christine and they frequently visited Disney Parks together, including their wedding at the Grand Floridian Chapel in 2012.

After cremation, memorial calling hours will be held Saturday June 19, 2021 from 3 to 6 pm at the Peabody Funeral Homes and Crematorium, 290 Mammoth Road Londonderry, NH. The family requests that masks are not required for those fully vaccinated and required for those not fully vaccinated. A memorial service will be held at the Londonderry Presbyterian Church, 126 Pillsbury Road on Sunday June 20, 2021 at 3:00 pm. In lieu of flowers, memorial donations may be made to the Appalachian Mountain Club, 10 City Square Boston, MA 02119.