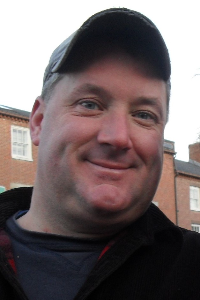 Christopher W. "Hutch" Hutchinson, 52, of Derry, NH, died Wednesday June 9, 2021 in Parkland Medical Center in Derry. He was born in Yokosuka, Japan on January 23, 1969 and had been a resident of Derry for over 20 years, formerly living in Boston's North End. He was a graduate of Oyster River High School in Durham, NH, Class of 1987, and a graduate of Plymouth State College in 1993. Hutch was employed as an analyst for Fidelity Investments in Boston, MA and Merrimack, NH. He enjoyed fishing and was an avid surf caster, frequenting Plum Island. He enjoyed traveling and passed along his love of adventure and travel to his children.

Following cremation, memorial services will be held at a later date. Memorial contributions may be made to Make-A-Wish Foundation, 814 Elm Street, Suite 300, Manchester, NH 03101-2230. The Peabody Funeral Homes and Crematorium, 15 Birch St., Derry is assisting the family with arrangements.