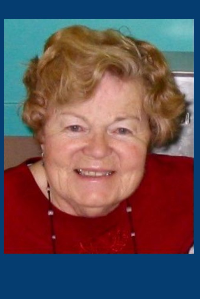 Theresa (Casey) Parks, 84, died peacefully June 9, 2021 at her home in Mission Hill.
Born in Jamaica Plain, she lived in Mission Hill most of her life and graduated from Mission Church High School in 1954. The daughter of Irish immigrants, she loved all things Irish. Though she never kissed the Blarney Stone, she always had a story to share.
She told the Boston Memoir Project, “We were not well-off, but thought we were the richest people in the world.”
A well-known community activist, she fought to preserve Mission Hill from institutional expansion. She was a founding member of Roxbury Tenants of Harvard (RTH), a small group of neighbors and Harvard students who prevented the university from demolishing homes in the medical area. Eventually, Harvard and RTH collaborated on Mission Park and the creation of 900 units of affordable housing.
For years, she coordinated elder services at Mission Park.
She also worked at Shea’s Dry Cleaners & Mariner Healthcare at Longwood. She served on too many boards of directors, advisory boards and task forces to mention, many city-wide. Her work was recognized with citations & awards. The state certified her as a Licensed Social Work Associate. A long-time poll worker, she loved the bustle of election day.
People in the neighborhood who were down on their luck knew where to turn. Her door was never locked, and visitors came in without knocking.
She is survived by her sons, Robert S. Parks of Mission Hill and John Parks & wife Patricia of York, ME; a daughter, Vanessa Parks & husband James Amorello of Shrewsbury; three grandchildren, Tess Parks of Portland, ME., Kelly Breiner of Weston, Fla., and Alexander Parks of the North End; two great-grandchildren; beloved sister Anna Adams of Mission Hill; four nieces, Nancy Geary of West Roxbury, Elaine Adams, Laura Adams & Maureen Adams of Mission Hill, two nephews, Frederick Adams of West Roxbury & Daniel Adams of Roslindale; and many great-nieces and -nephews, cousins & friends.
She was predeceased by her husband, Robert Parks; a daughter, Karynn Parks; and her parents, John & Margaret (Culkin) Casey.
Funeral from the William J. Gormley Funeral Home, 2055 Centre Street, WEST ROXBURY on Thursday June 17, 2021 at 8:30 a.m. followed by a Mass of Christian Burial in Boston’s Basilica of Our Lady of Perpetual Help “Mission Church” at 10 a.m. Relatives and friends are kindly invited to attend. Visiting hours will be held in the funeral home on June 16 from 4 p.m. to 7 p.m. Burial will be held later. In lieu of flowers, Theresa would want you to lend a hand to someone who needs it. For directions and guestbook, please visit: gormleyfuneral.com