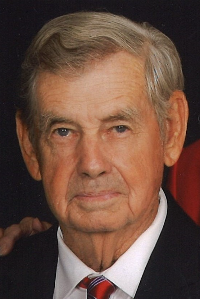 Connie Lee “Buddy” Talley, Sr., 85, of Chula passed away Thursday, June 10, 2021 at his residence. His funeral service will be held at 2:00 p.m. Sunday, June 13, 2021, at Chula First Baptist Church with the Rev. Brian Allen officiating. Mr. Talley's granddaughter, Eve Brechbiel, will do a ready. Mr. Talley will be laid to rest at Oak Ridge Cemetery. The family will receive friends on Saturday, June 12, 2021, from 6:00 to 8:00 p.m. in the Chapel of Bowen-Donaldson Home for Funerals. Mr. Talley will be placed in the church one hour prior to the service.

Born March 26, 1936, in Tift County, Mr. Talley was the son of the late A. W. “Buster” Talley and Ethel Arnold Talley. He was also preceded in death by a brother-in-law, Kenneth M. Sirmans. He was a retired farmer and a member of Chula First Baptist Church, where he served as a deacon. He was a veteran of the United States Army and a member of the Georgia Young Farmers Association. He was also the founder of Tifton Sweets Onions.

Mr. Talley is survived by his wife of 62 years, Wilhelmina Brickle Talley of Chula; one son and daughter-in-law, Lee and Jessica Talley of Hoschton; one daughter and son-in-law, Kim and Monty Spinks of Tifton; two sisters and one brother-in-law, Sue Sirmans of Chula and June T. and Earl Branch of Tifton; seven grandchildren and their spouses, Eve and Jeremy Brechbiel, Nick and Madison Ascani, Marlee Talley, Cole Talley, Staten Talley, Austin Dockery and Luke Dockery; and three greatgrandchildren, James Guevara, Talan Ascani and Reagan Ascani.

Flowers will be accepted or memorial gifts may be made to the Chula First Baptist Church, P. O. Box 58, Chula, GA 31733.