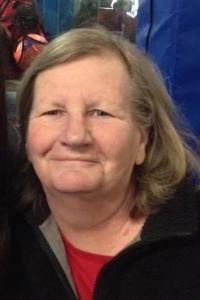 Christine F. (Ribero) Concannon 72 of Norfolk, died peacefully, Wednesday June 2, 2021 at Newton-Wellesley Hospital, following an illness. She was the beloved wife of Joseph F. Concannon, with whom she shared 46 years of marriage.

Born August 14, 1948, in Milford, a daughter of the late Edwin F. and Elizabeth (Maker) Ribero, she was a former resident of Franklin, until moving to Norfolk in 1978.

She was raised and educated in Franklin, and was a graduate of Franklin High School Class of 1966. She continued her education at Ohio State University and graduated from Bluffton University with a bachelor’s degree in Education. Christine was a former high school English teacher for the Town of Bellingham.

Following her retirement, she entered into the next phase of her life, which was caring for her beloved grandchildren. She was devoted to them and her husband. She enjoyed reading, traveling and the island of Martha’s Vineyard.

In addition to her husband, she is survived by her children, Kelly E. Dion and her husband Todd of Cumberland, RI, and Joseph E. Concannon of Norfolk, a brother Edwin Ribero of CA, sisters, Cynthia Rayner of Walpole and Caryn Gomes of Mendon.

She was the mother of the late Christopher William Concannon.