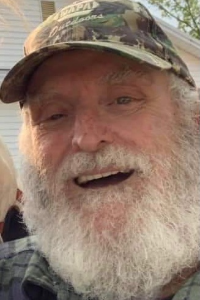 Cornish - Larry A. Meggison, age 76, passed away peacefully with family at his side after battling a long illness while at the Gosnell Hospice in Scarborough on April 14, 2021.

Larry was born in Portland, ME and was raised throughout his youth in Gorham ME. Larry attended the Gorham Schools and graduated from Gorham High School in 1960. Larry went on the graduate with an Associate Degree in Machining from SMCC (formerly SMVTI) in 1962. He later moved to Cornish and resided there with his wife Jolene for the last 55 years.

Larry was educated and worked as a Machinist for most of his adult life until his recent retirement. He worked for many years at GTE Sylvania in Standish, ME and enjoyed numerous lifelong friendships from working there. He enjoyed being a machinist and had a rare gift and ability to custom make and build anything.

Larry was predeceased by his parents Percy & Arlene Meggison, his loving wife of 53 years Jolene and by his three brothers (Richard, William and Dale). Larry is survived by his six children Kelly of Buxton, Wendy of Cornish, Larry S of Cornish (and soon to be wife Leslie), Tracy, Kevin Sr and long-time partner Jan of Old Orchard Beach and Peter of South Hiram.

Larry & Jolene both enjoyed traveling around the United States and especially enjoyed the many weekend camping trips with the grandkids to the Moosehead Lake Region of Maine. He gained immense enjoyment from fishing and also enjoyed coaching the Cornish Little League Ball Teams for many years when his kids played.

Larry had a lifelong passion for car racing and enjoyed visiting all the local tracks in the region. He spent many years racing at Beech Ridge Speedway and had a very special fondness for the “Fat Man Racing Team” crew members who worked on his race cars. He attended the weekly races there long after he stopped racing. Larry met and maintained many many friendships over the years from the racing community.

A private family celebration will be held later in the spring. In lieu of Flowers, please consider making a donation to the Sacopee Rescue Service and/or the Cornish Fire Department.

Arrangements are respectfully handled by Poitras, Neal and York. Online condolences may be expressed at: www.mainefuneral.com