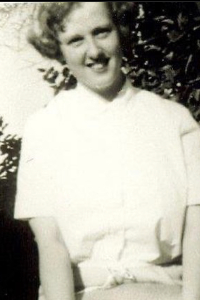 Marian Y. Houle, Age 81, of Ventura, California, passed away April 15, 2021, in Ventura, California. Marian was born in Norwood, Ohio, on May 6, 1939, to the parents of Dallas and Zula Hughes. She graduated from Ventura High School and also graduated as a R.N. from Ventura College. Marian also attended the University of Los Angeles, earning a nursing degree. She worked her way up as a nursing administrator before her retirement.
Marian is survived by her daughters; Karen Reneé Houle, of Bremerton, Washington, and Vikki Lynn Houle, of Ventura, California, and her sister; Jean Louise Mongle, of Lake Elsinore, California. She was preceded in death by her beloved husband of 57 years; Robert Arthur Houle in 2015, and her sons; Robert Aaron Houle in 2013, and Tracy Scott Houle in 2014, parents; Dallas and Zula Hughes, the Hughes brothers; Clarence, Norman, and Glenn, and sister; Carolyn Taylor, as well as numerous great great grandchildren, children, nieces, nephews, cousins, and friends.
In lieu of flowers, memorial donations may be made to the charity of your choice, in her honor. A celebration of life will be private for immediate family only due to the Covid 19 virus. Arrangements are under the direction of JOSEPH P. REARDON FUNERAL HOME & CREMATION SERVICE, 757 E. Main Street, Ventura, California, 93001.