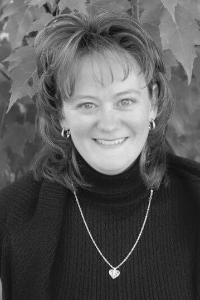 Denmark - Barbara A. "Barbi" Kollander, 48, of Denmark died on April 17, 2021 after a courageous ten year battle with brain cancer.

She was born in Portland on June 4, 1972, to Olin Thomas Jr. and Joleen (Sargent) Thomas of West Baldwin. She graduated from Sacopee Valley High School in 1990. She was also a graduate of Andover College and attended St. Joseph's College as well. She married her high school sweetheart and the love of her life, Lonnie L. Kollander on July 6, 1991.

She began her career in finance with the Town of Standish where she worked for ten years. She then continued on to work for Utilities Inc. in Standish for a brief time, and finished her career as the Business Manager at Fryeburg Academy. Barbi was also Selectman for the Town of Hiram. She enjoyed each of her jobs and was always successful, but she found the relationships she formed along the way to be most rewarding.

Outside of her professional commitments, Barbi enjoyed baking, gardening, traveling, and was an avid New England sports fan. She especially loved Sundays at home, making her delicious appetizers to enjoy while watching the Patriots.
Barbi created the best possible life for her family, carefully considering every decision and its impact on their future. She purchased a Disney timeshare that her family has enjoyed year after year, most recently her grandchildren were able to take their first trip, bringing her great joy. Barbi also took great pride in their home on Moose Pond, a place they visited weekly to boat for over twenty years until eventually building a home there. The peace and happiness that being on the pond with her family brought her is immeasurable.

Barbi is survived by her husband of nearly thirty years, Lonnie L. Kollander. By her parents, Olin and Joleen Thomas and her children Hayden Kollander and Haley Merchant and husband Richard, her grandchildren, Brynlee and Oliver, as well as her sister, Tammy Lorenzatti and her husband Dave, and her niece, Libby, and nephew, Caleb.

A celebration of her life is planned at her home for a later date. Arrangements are respectfully handled by Poitras, Neal and York Funeral Home. Online condolences may be expressed at: www.mainefuneral.com

In lieu of flowers, donations may be made in her memory to Jen's Friends Cancer Fund. (jensfriends.org)