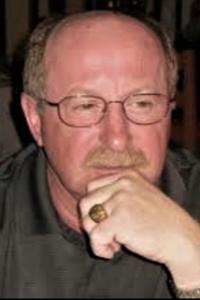 He leaves his son, Robert Krupa of Worcester; his daughter, Sylvia Krupa O’Meara of Bandon, OR., his mother, Janina (Doroz) Krupa of Worcester; two sisters, Danuta Golemo of Paxton and Julie Gilchrist and her husband, Robert of North Grafton; a niece, five nephews including his Godson, Dariusz Golemo, his Godmother, Zenona Doroz of Worcester, his lifelong best friend in Poland, Czeslaw Ciaston and aunts, uncles and cousins in Worcester, Oxford, New York City and Poland. He was born in Jaworzno, Poland and came to Worcester with his family in 1972. His father was the late Bonifacy Krupa. Jerry graduated from North High School and the New England Tractor Trailer School, North Andover where he completed schooling to earn his CDL license.

Mr. Krupa was a commercial truck driver for Westwood Cortage, Postal Division, Springfield. Previously he owned and operated JK Trucking. Jerry was also a gifted and self taught musician. He was able to listen to music and after some adjustments with an instrument he was able to play. He did this with the guitar, saxophone and accordion.

The funeral will be held on Monday April 19, 2021 with a Mass at 11:00 A.M. in Our Lady of Czestochowa Church, 34 Ward Street, Worcester. Current guidelines for capacity, wearing masks and social distance will be followed. The funeral will be livestreamed at www.olcworcester.com. Burial will be at a later date in Notre Dame Cemetery. There are no calling hours. HENRY-DIRSA FUNERAL HOME, 33 Ward Street, Worcester is assisting the family.