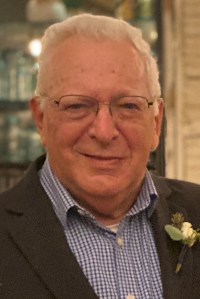 Placido Joseph Presti, of Burlington, age 83, passed away peacefully surrounded by his family on April 14, 2021 following a fifteen-month battle with Lymphoma. Son of the late Joseph and Frances (Lentine) Presti, Joseph was born in the West End of Boston in 1937, and grew up in his early years in Somerville and his high school years in Revere.

Right out of high school he enlisted and spent four years in the United States Air Force. While serving proudly for his country, he was trained in Denver and then stationed in Long Island NY where he was a Radar Technician working on military jets.


At the age of 23, Joe married the love of his life, the late Camille M. (Bertolino) Presti, whose beauty caught his eye at a family wedding. They spent 53 loving years together and adored their four children. He was the devoted father of Fran Presti of Newton, Joseph Presti and his wife Mary of Wrentham, Marie Presti and her fiancé Edward Anemoduris of Stoneham, Ronald Presti and his wife Catherine of Bedford. He was also the loving grandfather of Nicole, Joseph Jr., Stephanie, Nathaniel, Sonia, and Andrew Presti, and Brendan Cunniff.


Joseph`s large Italian family meant everything to him, and he was close with all of them including his many aunts, uncles, nieces, nephews, and cousins. Joe was also blessed to have many, many dear friends.

He attended Wentworth Institute and received his Associates Degree in Electrical Engineer in Electronics in 1961 followed by a Bachelor`s Degree in Business from Northeastern University.

He was a lifelong employee of the phone company (now Verizon) and retired when he was 56 years old. Joseph spent many years as an engineer, and then manager working with mobile radio technology before spending his last 5 years of his career in the Finance Department.


In addition to his full-time job at the phone company, he had many other business ventures including becoming a stockbroker, a real estate investor, a driving school instructor, and a manager with the US Census Department. He co-founded and then volunteered as Treasurer of the phone company`s credit union. Joseph was a devoted Catholic and was faithful to his religion and Saint Margaret`s Church in Burlington where he was a parishioner for over 50 years and an active participant in the Men`s Fellowship Group.


He was an avid gardener and could be seen three seasons out in his vegetable and flower gardens. He loved playing cards and games with his family. He loved music and dancing. He taught himself how to play the organ at a young age and played throughout his life. Once he retired, he loved his weekly golf outings with his friends. He loved to travel and cherished his many trips to Italy, Florida and many other destinations with his wife. His interests included videography, photography, live theatre, and movies. He loved to talk about finance and give investment advice to whoever was interested.


Joseph`s fun loving and upbeat personality always lit up a room. He will be greatly missed and will live in our hearts forever.

Memorial donations in P. Joseph Presti's name may be made to the Leukemia & Lymphoma Society, www.lls.org.