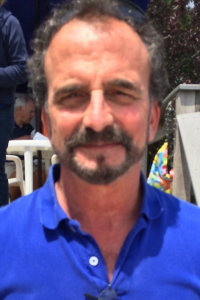 Jeffrey G. Fournier, 65, of Londonderry, NH, passed away Monday, April 12, 2021 in his home. Jeff was born on November 6, 1955 at Maine Medical Center in Portland, Maine. Jeff would later work there during high school as an orderly. Jeff was the son of George and Marguerite “Peggy” (Perron) Fournier. He grew up in Westbrook, Maine with his four siblings. During many summers, he and his family would spend vacation time at Sebago Lake.

He attended St. Mary’s grammar school and Westbrook Jr High. He graduated from Westbrook High School in 1974 where he was President of the Student Council, and a member of the varsity baseball and swim teams.

He graduated from the University of Maine in 1978 with a Bachelor’s Degree in Political Science and Sociology. While at Maine, he did an internship in Washington, D.C. for Maine Senator William Hathaway. Jeff maintained his interest in politics, human rights, and racial inequality his entire life. He made Londonderry, NH his home with his wife, Joyce, in 1991.
Following his college graduation, Jeff held various retail management positions including 15 years as District Manager at Bed Bath & Beyond and most recently as a Logistics Manager for UPS. From an early age, Jeff developed a conscientious & very strong work ethic.

Jeff was an avid bicyclist, hiker and physical fitness enthusiast. He loved golf and particularly enjoyed the rounds of golf he would play with his Dad.

Jeff and his wife Joyce shared some incredible travelling adventures including a trip to South Africa in 2012 where they went on several safaris at Kruger National Park. In 2016, they travelled to Tahiti and Tikehau. They also enjoyed numerous trips to their timeshare in Aruba. However, he was most content simply lying on one of the Maine or New Hampshire beaches.
His siblings were most appreciative that he and Joyce took his Dad, in celebration of his 75th birthday, to Paris and Coulmer, France where they visited the church where his paternal ancestral family members were baptized and married and the cemetery where they were buried.

Jeff’s extended family of siblings and their children and grandchildren would celebrate an annual family reunion in Maine, New Hampshire, or North Carolina every year. Jeff was a very loving and thoughtful uncle who remembered his nieces and nephews every Christmas and the special events of their lives.

Jeff loved his family very much and they will miss him immensely. He loved his two cats who miss him terribly.
He is survived by his loving wife of 20 years, Joyce (Gillette) Fournier of Londonderry; his stepson Garry Gilbert, Jr. of Concord, NH, and step grandson Jonathan Gilbert; two brothers, Michael (Monica) Fournier of Warrington, PA. and Gary (Susan) Fournier of Moultonborough, NH; two sisters Charlene (David) Belanger of Bedford, NH and Cynthia Key of Brooklyn Park, MD, as well as several nieces and nephews.

A walk-through wake with masks, social distancing and limited interaction with the family was held on June 17, 2021 from 4:00pm to 5:30pm in the Peabody Funeral Homes & Crematorium, 290 Mammoth Rd., Londonderry. A funeral service followed at 5:30pm in the funeral home. in lieu of flowers, donations may be made to New Hampshire SPCA , 104 Portsmouth Ave, Stratham, NH 03885