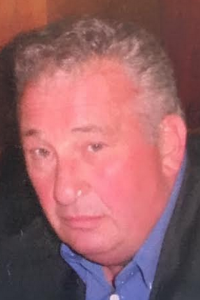 Alfred Paul Ricci Jr. 76, died Thursday, April 8, in peace at his home in Salem New Hampshire, surrounded by his loved ones, after a courageous battle with cancer right until the very end.

Paul, as he was known, was born February 26, 1945, in Somerville, he was a son of the late Alfred Ricci and the late Evelyn (Capone) Ricci.

He worked with the Middlesex County Sheriff's Office / Department of Corrections at both Cambridge and later Billerica, retiring as a sergeant after 32 years at the Billerica House of Corrections.

He is survived by his beloved wife, Heidi (Zwicker) Ricci with whom he spent the past 41 years together. Her words will sum up Paul’s life perfectly:

"Today I lost the love of my life, my knight in shining armor and a wonderful father to our daughter Melissa. Our hearts are shattered but our prayers were answered, when he passed away peacefully in his last hours. My lips touched his lips as he took his last breath and I said to him."

- With love, your wife Heidi xo and your daughter Melissa xo”

In addition to his wife and daughter, Melissa P.V. O’Brien and his devoted Son- in-Law, Dan O’Brien, Paul is survived by his sister, Evelyn Donato of Woburn and his daughter, Nicole Marinucci of Dracut. He is now at rest with his late sister, Lucille Benoit, his son, the late, Paul J. Ricci, his brother, the late, Joseph P. Ricci, and his parents, the late Evelyn (Capone) Ricci and Alfred Ricci Sr.