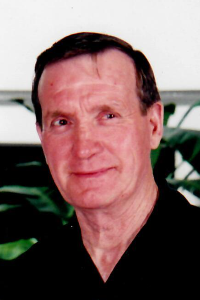 James "Jimma" Tallent, a lifelong resident of Charlestown, entered into eternal life suddenly on Tuesday, April 6, 2021 at Massachusetts General Hospital in Boston. He was 78 years of age.

Jimma was born in Everett on November 25, 1942, a son of the late Frank Tallent and Edna (Watson) Tallent. He grew up in Charlestown where he was educated in the Boston Public School system and graduated from Charlestown High School. Jimma has worked as a Plumber his entire life and began working throughout the Boston Shipyards as a plumber and then with G.M. Walsh Plumbing of Watertown, Bunker Hill Community College as a plumber, Polaroid Corporation as a plumber and also the M.B.T.A. as a plumber. In his spare time, Jimma enjoyed cooking and was an avid Boston Bruins fan. He was a member of The Old Charlestown Schoolboys Association and Bunker Hill Council # 62, Knights of Columbus. Family was always first and foremost in Jimma's life and he enjoyed all the family gatherings and the quality moments he shared with his wife, children and grandchildren.

Jimma is the beloved husband of 44 years to Eleanor "Ellie" (Suprey) Tallent. He is the devoted father of Jimmy Tallent and his wife Tracy, Joe Tallent, Renee Tallent, Dorcee Tallent, Ellie Nelson, Michael Nelson, William Nelson and the late Michele Tallent. He is the loving Grandpa Ralph to his 16 grandchildren, 10 great-grandchildren and 1 great-great-grandson. He is the beloved brother of Ann Helms, Billy Tallent, Gene Tallent, Donna Nice and the late Franka Tallent, John "Bubby" Tallent, Priscilla Bodkins, Mary Jane King, Edna Tallent, Richie Tallent, Lenny Tallent, and Nancy Magnan. He is the dear brother-in-law of Cissy Greatorex and her late husband Eddie, Buddy Suprey and his wife Donna, Maryann Remy and her husband Dennis, Billy Suprey and his wife Mary, Joanne Suprey, Paula Rose and her husband Tom, Patti Suprey, Peggy Suprey and the late Jeanne Doherty and her surviving husband Dennis and the late Gerry Suprey. He is also survived by his many loving nieces and nephews.

Relatives and friends are invited to attend Jimma's Funeral on Monday, April 12, 2021 at 9 A.M. from The Carr Funeral Home, 220 Bunker Hill St. Charlestown followed by his Funeral Mass in St. Francis De Sales Church, 313 Bunker Hill St. Charlestown at 10 A.M. His burial will be at Holy Cross Cemetery in Malden. His visiting hours will be on Sunday, April 11, 2021 from 2 to 5 P.M. in the funeral home. (FACIAL COVERINGS ARE REQUIRED INSIDE FUNERAL HOME AND CHURCH).