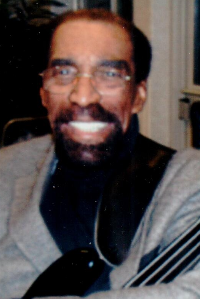 Born in New London CT, he was educated in CT, OH, NY and the Virgin Islands.

He entered the U.S. Army and served with the 82nd Airborne during the Korean Era. Mr. Edwards was employed for many years as a medical researcher with B.U. Medical School studying hypertension.

A jazz bass player and singer, Jerry played with many large and small musical groups, including locally where he played for over 40 years with the Big Band “Aardvark”. Jerry was proud to have performed with many big names in the jazz industry, including Tony Williams, Gildo Mahones and Michael Smith.

In addition to his wife, Sheila M. Ryan, of Winchester, he is survived by his children: Joycelyn Silva, Reece Rowling, and Patricia Pratt. He was the devoted grandfather of Latisha Silva-Vazquez and her husband Joseph Vazquez, Marquis Silva, and is further survived by other grandchildren, great-grandchildren, relatives and friends. Relatives and friends are kindly invited to briefly gather at Costello Funeral Home, 177 Washington St., Winchester, on Saturday, April 10 at 12:30 PM, followed by a Graveside Service at Wildwood Cemetery, 34 Palmer St., Winchester, at 1PM. Late veteran U.S. Army Korean Era. If desired, donations in Jerry’s memory may be made to the charity of your choice.