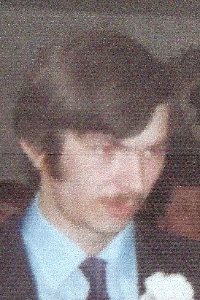 John Tornyai, age 69, of Norton, passed away unexpectedly at home, on Monday, March 29, 2021. He was the beloved husband of the late Deborah M. (Bernat) Tornyai, to whom he was wed for thirty-seven years at the time of her death on February 23, 2015.

Born in Budapest, Hungary on June 22, 1951, he was a loving son of the late Julius and Hedvig (Kovacs) Tornyai.

At the age of three, John’s family moved to the United States. He grew up in Monson and was a graduate of Monson High School. He had made his home in Norton for the past forty-one years.

Prior to retiring, Mr. Tornyai had worked as a Foreman at Reliance Engineering in Sterling. He enjoyed spending time with his family, bowling at Ficco’s Bowladrome in Franklin and collecting coins. He also had a love for photography, was a computer geek and will always be remembered for his witty sense of humor.

A service in celebration of his life will be held at a later date and time to be announced.

Visiting hours are omitted and those wishing, may remember John with a donation in his memory made to Nine Lives of Norton Feline Rescue Center, 84 Hill St., Norton, MA 02766.