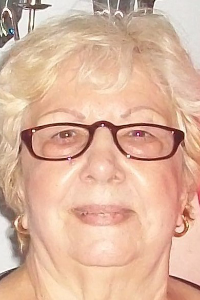 Lena (Bravo) Pedro, age 88, a longtime resident of Lake Suzy, FL peacefully died in her home on Saturday, March 27, 2021. She was the beloved wife of the late Edward Gilbert Pedro. Lena, a native of Portugal, also resided in Somerville and Brockton.

She was the proud grandmother of seven grandchildren and four great grandchildren; dear sister of Connie Sergio of Brockton, Edwina Fredo of North Andover, Mario Bravo of South Carolina, Stella DiRusso, Ozzie McPherson and Goretti Aguiar all of Florida, and the late Adriana Viveriros, Fatima Viveiros and Manny Bravo. She is also survived by many nieces and nephews.

A private family graveside service will be held at Union Cemetery in Brockton at a later date.

In lieu of flowers, memorial donations may be made in her name to the Alzheimer’s Association at www.alz.org.