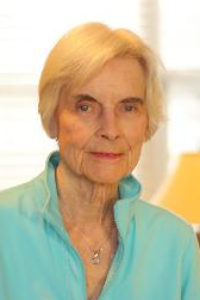 Born Carole Elsie Carlson on March 9, 1935 in Ossining, NY, Carole was the daughter of Charles Henry Carlson and Elsie Paulson Carlson. She had one younger brother, Robert Charles Carlson “Bob,” with whom she cherished a close connection throughout her life. Carole was very proud of her industrious Swedish parents and relatives who immigrated to Westchester County, NY in the early 1900s to work in factories and build houses in that area. She was baptized and confirmed at Trinity Church in Ossining, where she played the organ and piano for services throughout high school. Based on her many talents and beauty, inside and out, Carole was awarded the title of “Miss Ossining” and was featured in the 50th anniversary parade of the Village of Ossining in 1952. She graduated at the top of her class from Ossining High School in 1953.

Following high school, Carole earned a full scholarship to Vassar College and graduated in 1957 with an English major. While at Vassar, she performed as the organist for the college chapel. Carole then attended Columbia University, where she earned a Master’s Degree in Education Administration in 1958.

Carole’s first job was teaching English at Tenafly High School in New Jersey. In her classes were two brothers, Ian and Gary Lange, who relished teasing the new, young teacher. But, they also subtly suggested to their brother, Gordon, a recent 1957 Naval Academy graduate, that he might want to meet the cute Miss Carlson. Carole married Lieutenant Junior Grade Lange at her Trinity Church in Ossining on May 31, 1959, and the rest is history.

After their wedding, Carole moved with Gordon to Groton, CT where she taught English at Fitch High School while he served on his first submarine. In 1961, her first of four children was born, and although she stopped teaching full-time, she never stopped pursuing her passion for education. She held a wide variety of positions around the country, including elected Board of Education Member, Title 1 Teacher, PTA President, Substitute Teacher, Tutor, Room Parent, Sunday School Teacher, and more. She still receives cards from former students praising her as the most rigorous, but best, English teacher they ever had.

Throughout Gordon’s 30-year Navy submarine career, Carole moved her family of four children and pets all around the USA every two years or so. She and the family greatly enjoyed the exciting Navy life - residing in Noank and Groton Long Point, CT; McLean and Norfolk, VA; Vallejo and Coronado, CA; Kailua, HI; Bremerton, WA; and Annapolis, MD - sometimes returning to the same area several times. They lived in 18 houses, which Carole always quickly transformed into warm and welcoming homes.

Carole was incredibly devoted to Gordon and the Navy. She supported submarine families in need; served as the National Treasurer for the Dolphin Scholarship Foundation; established a new Officers’ Wives Club at the Bangor Trident Submarine Base; spearheaded a political action group to gain in-state tuition for military dependents in Washington State; and implemented newcomers’ welcome clubs in several towns. Much of this hard work and service earned her “Military Wife of the Year” in 1972.

After Gordon’s Navy retirement in 1987, they settled in Annapolis for ten years. Then, upon their second retirement, Carole and Gordon moved back to Connecticut, where The Lange Family adventures had originally launched. They invested their energy in their church, their grandchildren, and their beloved Groton Long Point community.

Carole and Gordon named their coastal Groton Long Point home “Sea Story,” perfectly symbolic of their Navy life together that was an admirable sea story of love. Carole’s favorite times were hosting friends and family for happy hours and dinners on their sunny front porch.

She and Gordon also enjoyed travel to different European countries each year. Carole even took her own elderly mother on a special trip to Sweden to meet extended family.

In 2017, to accommodate Gordon’s needs resulting from Alzheimer’s, Carole moved a final time with him to Academy Point in Mystic, CT, where they continued to hold one another’s hand until the very end.

Words cannot convey how much Carole is missed. She leaves behind her loving husband, Gordon, of 61 years; her four children, Laura Anastos (Ernie) of Mount Pleasant, SC; Karyn Hooper of Noank, CT; Ian Lange (Lisa) of Kailua, HI; Erik J. Lange (Stacy) of Ventura, CA; and her seven grandchildren, Erik and Mark Anastos; David and Josh Hooper; Chloe Lange; Malia and Piper Lange. She is also survived by her brother and greatest fan, Robert Carlson (Anne) of West Chatham, MA; her brother-in-law and former student, Ian Lange (Jo-Ann) of Missoula, MT; her sister-in-law, Sally Lange, of Koloa, HI; and six nieces and nephews. Carole was predeceased by her parents and her brother-in-law, Gary Lange.

A family memorial service was held on February 5, 2021, led by Carole’s favorite pastor, Mark Porizky, and her brother, Bob. A celebration of life and graveside service are planned for Summer 2021.