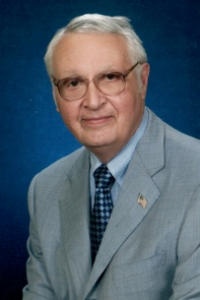 Family and friends may call at The Johnson-Fosbrink Funeral Home P.A., 8521 Loch Raven Blvd. (beltway exit 29B) on Thursday, March 4th from 3 to 7p.m. All are invited to attend a Funeral Mass in St. Francis Xavier, Hunt Valley on Friday, March 5th at 11a.m. Interment to follow at Dulaney Valley Memorial Gardens. Donations may be made to: Colette and Peter Dans ’57 Memorial Scholarship, Manhattan College, 4513 Manhattan College Parkway Memorial Hall, Room 100 Bronx, NY 10471. Attn: Elizabeth Plaushin. Face masks and social distancing will be required at the funeral home and church. Due to size limits only 30 people will be allowed for the visitation at one time.

Dr. Peter E. Dans, an infectious disease expert and author, who served on the faculty of Johns Hopkins School of Medicine, died February 28 at age 83. Dr. Dans suffered from Parkinson’s Disease and passed away from complications related to COVID-19. Among his pioneering medical achievements, he founded one of the nation’s first health clinics for migrant farm workers; launched Johns Hopkins Medical School’s first mandatory course in medical ethics; and helped create the field of quality care assurance.
Dr. Dans was born in 1937 in New York City. Raised in a cold-water flat on the Lower East Side, he was a scholarship student who graduated first in his class at age 15 from LaSalle Military Academy and four years later from Manhattan College. After receiving his medical degree from Columbia University College of Physicians and Surgeons, he interned in 1961 on the Osler service of the Johns Hopkins Hospital. In 1963, he was one of the first assistant residents sent to Calcutta for 3 months to care for cholera patients. In 1964, he joined the US Public Health Service as a virologist working in the Laboratory of Viral Diseases of the National Institutes of Health (NIH) in Washington, D.C.
From 1969 to 1978, Dr. Dans was a professor of medicine at the University of Colorado Medical Center. There, he directed the student and employee health services, and also helped found several walk-in clinics, including one to serve the migrant, seasonal farmworker population living and working around Fort Lupton, Colorado. The latter now operates 13 clinics and a mobile unit and serves over 82,000 patients annually.
In 1976, Dr. Dans was awarded a Robert Wood Johnson health policy fellowship at the Institute of Medicine of the National Academy of Sciences and issued an influential report on the need for more teaching about aging and care of the aged in medical education.
In 1978, he returned to Johns Hopkins as a professor of medicine and of health policy and management. He established one of the first offices of medical practice evaluation in the nation aimed at improving patient care and decreasing costs. He also created the required 1st year medical student course in Medical Ethics and later became deputy editor of the medical journal, Annals of Internal Medicine.
The author or co-author of more than 100 scientific articles, book chapters, and other contributions to the medical literature, Dr. Dans also wrote movie reviews as “The Physician at the Movies” for Pharos, the quarterly publication of the medical honor society, Alpha Omega Alpha.
Beginning at age 62, he authored six books, including two children’s books about Baltimore, both of which were inspired by newspaper clippings from The Baltimore Sun. Perry’s Baltimore Adventure: A Birds-Eye View of Charm City, a children’s book about the return of the peregrine falcons to Baltimore in 1978, has been adapted to a lesson plan by the Baltimore City Schools to teach urban geography. Sergeant Bill and His Horse Bob is the playful profile of a real-life Baltimore Mounted Police Officer, Sergeant Bill McKeldin.

Dr. Dans maintained that the best thing a doctor could do was marry well. He was fortunate to have married the love of his life, Colette, a French teach for Baltimore County Public Schools, who died in 2004. They had four children: Maria, Paul, Thomas, and Suzanne, and twelve grandchildren. Dr. Dans and his wife were active parishioners at the Catholic Community of St. Francis Xavier in Hunt Valley, Maryland.
In lieu of flowers, donations may be made to the Colette and Peter Dans’57 Scholarship at Manhattan College. https://connect.manhattan.edu/giving