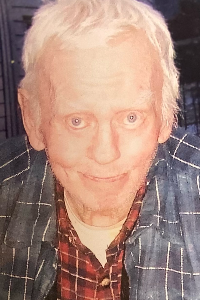 James E. Lawton, a 20 year resident of Somerville and former longtime resident of Lawrence and Waltham, entered into eternal life on Thursday, February 25, 2021 at The Veterans Administration Medical Center in West Roxbury. He was 86 years of age.

James was born in Waltham on March 7, 1934, a son of the late Albert Lawton and Elizabeth (Crompton) Lawton. He grew up in Waltham where he was educated throughout the Waltham Public School system. He enlisted into the United States Navy on August 26, 1952 and served his country faithfully and with courage during the Korean Conflict. He was honorably discharged on August 16, 1956 with the rank of Seaman. James worked as a Machine Operator for American Can Company in Needham for over 25 years.

James is the devoted father of James E. "Red" Lawton Jr., Robert "Bob" Lawton and the late Wesley Lawton and Jane McCann. He is the father-in-law of Janet Lawton, Theresa Lawton and Robert McCann Jr. He is the loving Papa to Crystal, Jessica, Leesia, Sean, Joshua, Cory, Timmy, Adam, Jamie, the late Jamie McCann and also his great-grandchildren Tayla, Jacob, Annabeth, Nora, Paul, Brody, Sophia and Samuel. He is the husband of the late Annie J. (Blackstone) Lawton. He is the brother of the late Albert Lawton Jr., Dorothy Boyden and Edna Windedal. He is also survived by his many loving nieces and nephews.

James' Funeral Services and burial will be private.